Orcadian flies, how midges become lobsters and human sacrifice at the waste to energy plant. 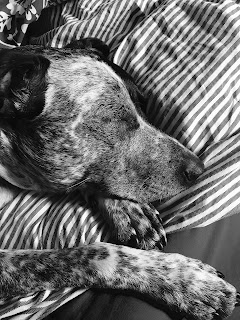 Cullicoides cullicoides (like many part-sheepdogs of high intelligence, I am of course a scholar of Latin), are the curse of Scotland and on my trips south to that Zetlandic adjunct I often find myself with clogged nostrils and bemidged ears. This is not to be sniffed at.

Thank you. I'm here all week.

One of the great Zetlandic advantages here in the Islands of Ultimateness, or Ultimatums, (should that be Ultimata? I must check) is that the fast moving air often known locally as 'wind' (dialect: wiiiind) moves midges along quite smartly, so that they are deposited in the sea where they gradually become lobsters. This takes many centuries, and by the time a lobster reaches the age when a human can eat it without expending more energy on excavating its shell for meat than is gained from consuming said flesh it is at least 374 years old.

Pre-lobsterian Zetlandic midges, when they swarm on dry land during still days, tend on the whole to be smaller and less prone to the sucking of blood than the monsters you  find in places like Loch Awe or the western islands such as Rum, Eigg and Bhachon. There they have been known to drain a hapless camper unprotected by Avon Skin-So-Soft or creosote of his entire blood content, leaving him (or for that matter her, though this is unlikely as women are less prone to haplessness) shrivelled and desiccated, a mummified shell useful only for making those patches you find on the elbows of  Harris Tweed jackets . The absence of trees means we Zetlandics have virtually no Clegs, (Horseflies) but the Orcadian Black Fly is a curse.

The Orcadian Black Fly (Digustimus Kafkatimus Orcadiensus) came to Zetlandica along with waste shipped from Orkney for incineration in Coalfishreek's waste-to-energy plant, which boils water in a highly inefficient manner using woven kettles heated over giant pits of noisome flame, and then transports the hot water to the houses of local inhabitants using a system of small tankers pulled by Shetland Ponies. This was seen as environmentally responsible, as well as offering the possibility of re-establishing viking religious practices involving human sacrifice. Sadly, this has been prevented by health and safety regulations.

The black flies buzz all day and night, disturbing the rest I, Zetdogg so need and indeed deserve. Efforts have been made to trap these creatures, stun them with liquified peat and then ship them back to Orkney during that island group's folk festival. So far without great success, though several bodhran players have been paralysed as a result.

And that 's something, I suppose.