The Moon Yet Beckons! Spaceport Zetdogg still on the cards for Njust/Unst 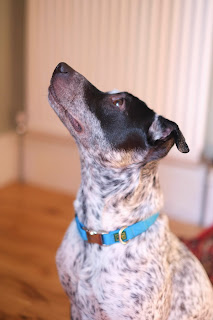 Hold everything! I, Zetdogg, may yet be going to the moon, or possibly Njust! Sorry, Unst. My Old Njorks origins occasionally burst through.

It has come to my twitching ears that hopes of turning the most northerly landmass in Zetlandica into Tracey Island with sheep may yet come to fruition. It seems the much-vaunted investment in Spaceport Sutherland is (a) a piece of sleight-of-grant social appeasement by Highlands and Islands Enterprise and (b) actually just fake money to research whether or not an inaccessible bog on the North Coast 500 single-track Lamborghini motorhome route can host alien life forms.

Unst, I am reliably informed by a reliable person, is actually the favoured choice of the companies (and most importantly military authorities) who want to launch lumps of metal into space, some of these possibly with brave and medal-bedecked canines aboard. And before you start sneering about Unst being Very Far Away, I should point out that it was home to a busy RAF base for the best part of a century, has an airport (currently only used for the competitive over-revving of Vauxhall Corsas and Citroen Saxos), deep water harbour access from the, ah, sea, and a long history of invasion by alien beings. Ranging from monks through vikings to Squadron Leaders and nuns of every theological bent, not to mention people from Hillswick claiming to be Tourism Development Officers.

I, Zetdogg, have already been approached regarding my participation in an experimental launch program which will see several hundred redundant Zetlandic plastic wheelie bins (salvaged from the sea, where they have become a hazard to shipping) launched from the site. The necessary fuel will be manufactured on the island using windpower-generated hydrogen, helium and nitrous oxide, which can be produced by the well-proven method of running electricity through shredded cardboard, plastic bottles, unread Zetland Islands Councillors briefing papers, peat and sheep excrement.

True, the plastic and much of the cardboard has to come from Australia, but there are subsidies to cover shipping costs. Anyway, the fact remains that infinity and beyond may still await! I, Zetdogg, am so thrilled I allowed myself the merest nip at a passing tourist today, only damaging his kayak very slightly. He thought I was an otter. Easy mistake.
at July 26, 2018